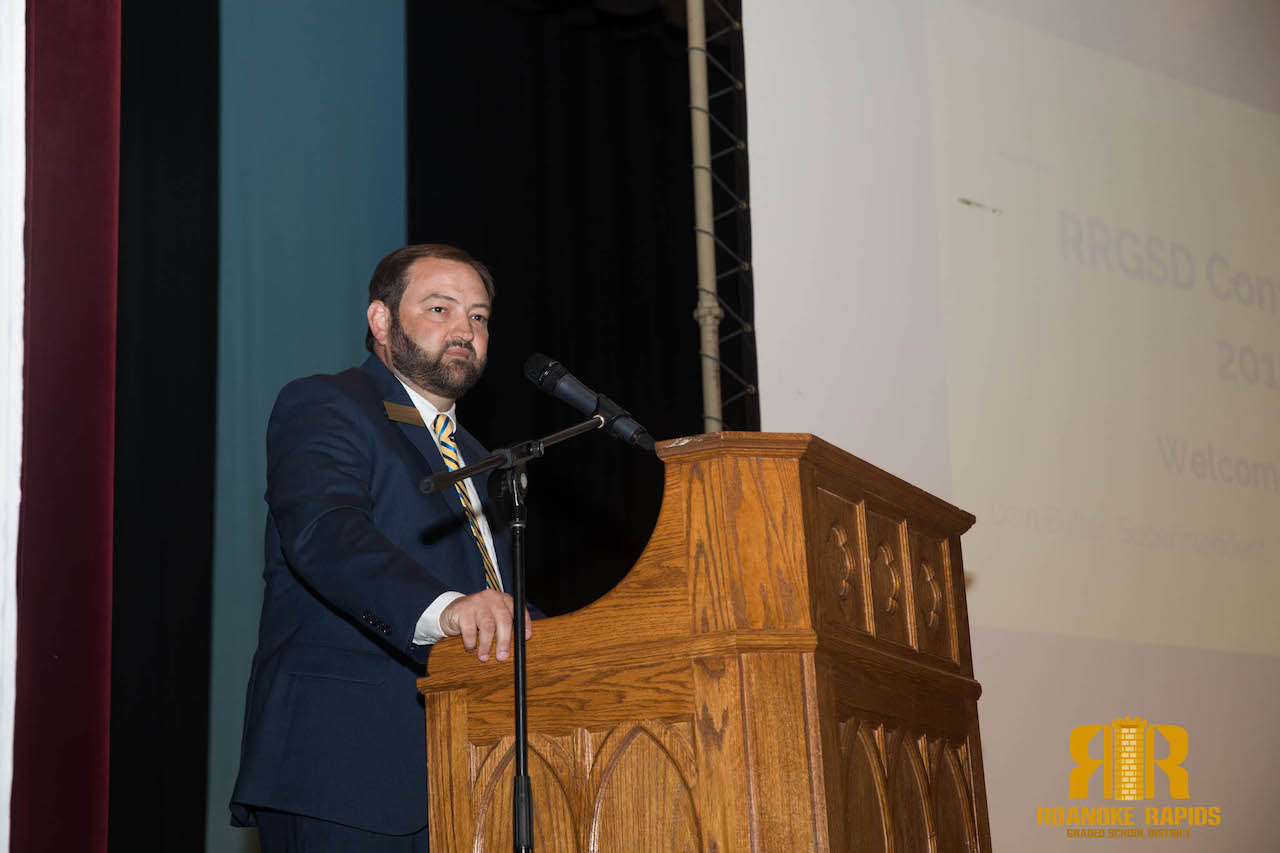 “I’m fully prepared to fight this with the support of my family, friends, and the wonderful staff we have here in the district. Please continue to keep me in your thoughts and prayers.”

Upon being hired as the top school administrator in the city, Butler already had a nearly 17-year career in public education in North Carolina — most recently serving as executive director for school administration for Alamance-Burlington Schools. He held that position for the last four years before being hired in Roanoke Rapids.

As a key member of the superintendent’s cabinet, Butler is responsible for legal, administrative, and operational issues, including board policies, student discipline appeals, grievances, student assignment, alternative education programs, and school safety and security.

Butler also served as director of school improvement and accountability from 2008 to 2012. He began his educational career in Alamance-Burlington Schools as a middle school teacher before moving up to an assistant principal and ultimately a principal position at local elementary schools.

Butler was the unanimous choice of the school system his contract approved on a motion by board member Linda Brewer and a second by Jane Deese.