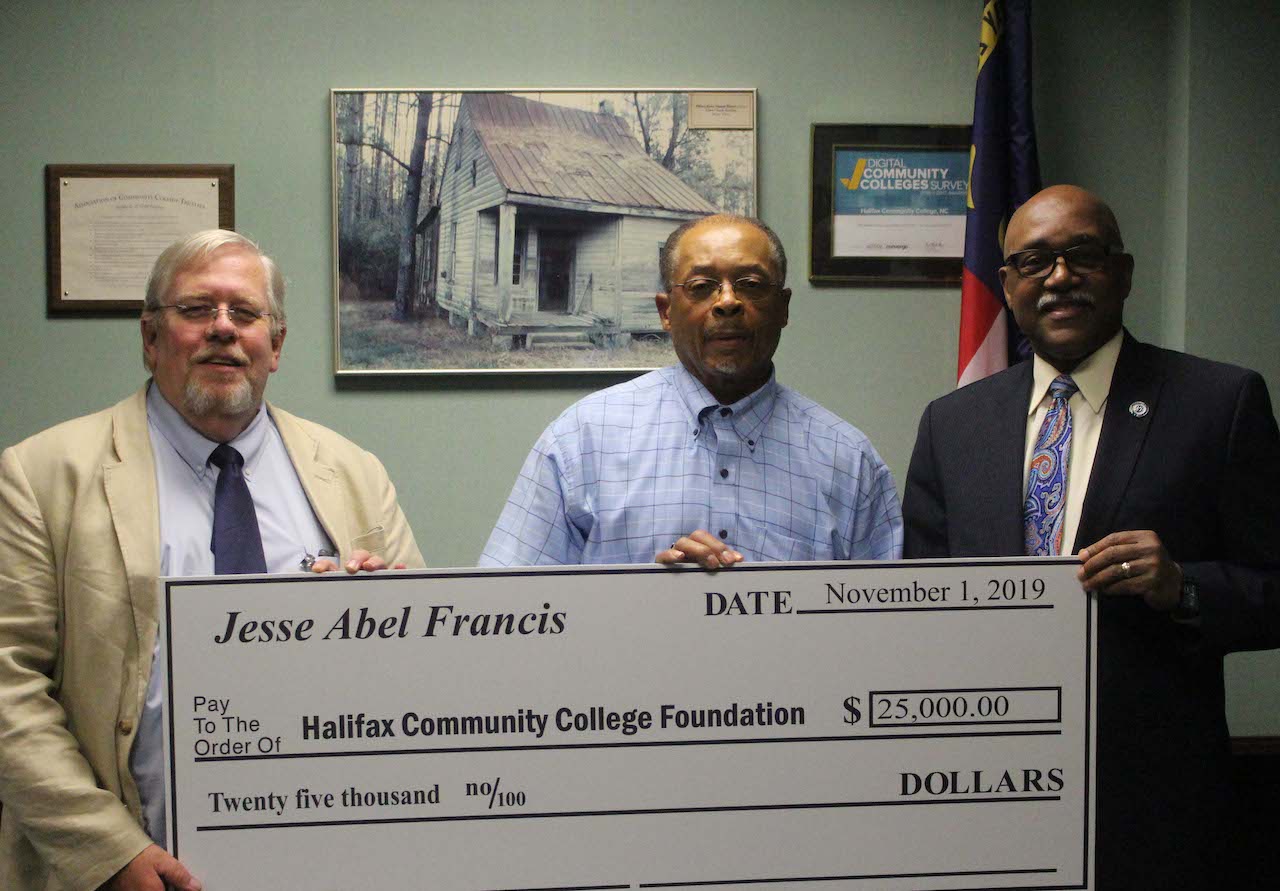 Halifax Community College is proud to announce the creation of the Jesse Abel Francis Scholarship.

Francis was a Halifax County native who spent his career serving students throughout the state. As valedictorian of his class at Eastman High School, Francis enrolled at North Carolina A&T in 1939.

With only $90 in scholarships, he became the campus barber and a campus agent for a local pawnshop in order to make ends meet.

During his tenure at A&T, Francis was heavily involved in student life, elected student class president, and became involved in numerous academic, social and religious activities.

He graduated in 1943 with a degree in Vocational Education and Biological Science, with a minor in Business Administration.

After graduation, Francis served his country in the United States Army during World War II.

He served more than three years in two separate theaters of operation.

He returned home in 1946 and began teaching biology and chemistry at his former high school. After one year, he accepted a position with the North Carolina Department of Vocational Education and moved to Brunswick County.

He created a vocational training school for the 75 newly discharged veterans of the war, and petitioned to secure a school building for their education.

“We are honored that Mr. Francis chose to endow this scholarship here at Halifax Community College,” said Dr. Michael Elam, president of HCC. “His legacy and his commitment to students will live on here, and the students who benefit from his generosity will no doubt make him proud of their accomplishments.”

Francis continued to serve students and teachers throughout North Carolina until his retirement. His commitment to education impacted countless people across the state, changing the trajectory of families for generations.

His nephew, Tony Francis, established the Jesse Abel Francis Scholarship in his uncle’s name to honor the request made in his will. “He was a good man,” Francis said, “He wanted to help as many students in this region as possible pursue their education.”

“Mr. Francis’ endowment is a testament to his commitment to education,” said Allen Purser, executive director of the Halifax Community College Foundation. “It shows that individuals can impact lives in perpetuity by leaving an endowment in their wills and that will help our students for years to come.”

For more information, or to contribute to student scholarships, contact Allen Purser at 252-536-5479 or This email address is being protected from spambots. You need JavaScript enabled to view it.