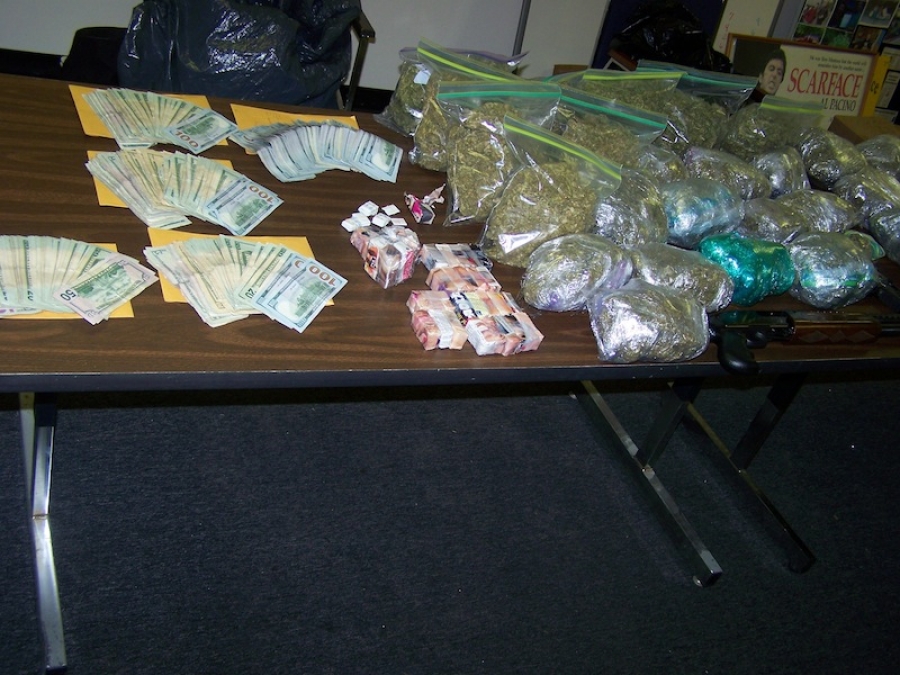 With heroin on the rise in Halifax County, the sheriff's office this morning made another bust, this time seizing 35 bricks of the drug, along with 39 pounds of marijuana.

The raid, which occurred after midnight in the Brooks Road area of Scotland Neck, also resulted in the arrests of two people that Sheriff Wes Tripp hopes, with further investigation, will lead narcotics agents further up the chain in the local heroin trade.

“Halifax County has a problem with heroin and we are continuing our attempts to curtail it,” Tripp said this morning. “Heroin is on the rise and people don't need to dismiss it. It's a substantial amount of heroin we have in Halifax County.”

The events this morning unfolded as the Halifax and Edgecombe county sheriff's offices and Tarboro Police Department executed a search warrant on Brooks Road in a joint effort investigating the heroin trade in Scotland Neck, Tripp said.

During the service of the warrant, Markell Wiggins, 28, fled on foot. As the agents and police executed the search warrant, Edgecombe County Deputy D. Winders and his dog Cezar tracked Wiggins to a mobile home on Michelle Road.

Agents went to the residence and located Wiggins hiding inside. There was reportedly a strong odor of marijuana coming from inside the residence.

Lieutenant Anzell Harris returned to Halifax and applied for a search warrant for the Michelle Road residence.

During the search of the Michelle Road address, 35 bricks of heroin, 39 pounds of marijuana, two firearms, several items of drug paraphernalia and more than $20,000 in cash was seized.

Major Scott Hall said the estimated value of the marijuana is probably between $1,000 to $2,000 per pound.

Tripp said it is not clear how much money was reportedly being earned by the sale of marijuana and heroin. He said the estimated value of the heroin is approximately $2,000 per brick, perhaps higher, depending on supply and demand.

Wiggins was arrested and charged with resisting a public officer, trafficking in marijuana, trafficking heroin, and possession of  drug paraphernalia.

Javon Wilkins, 24, of Michelle Road, was arrested and charged with trafficking in marijuana, possession of drug paraphernalia, maintaining a dwelling for a controlled substance, and possession  of a gun with an altered serial number.

Tripp said the sheriff's office will continue to target heroin trafficking in the county. “Lieutenant Harris,  Cody and Danny (Radford) are doing an excellent job. We have 712 squares miles in Halifax County and three narcotics agents. That's not complaining, it's just explaining what a good job they're doing.”

More in this category: « Land use plan ready for council hearing Hollister woman dies in Thursday evening crash »
back to top