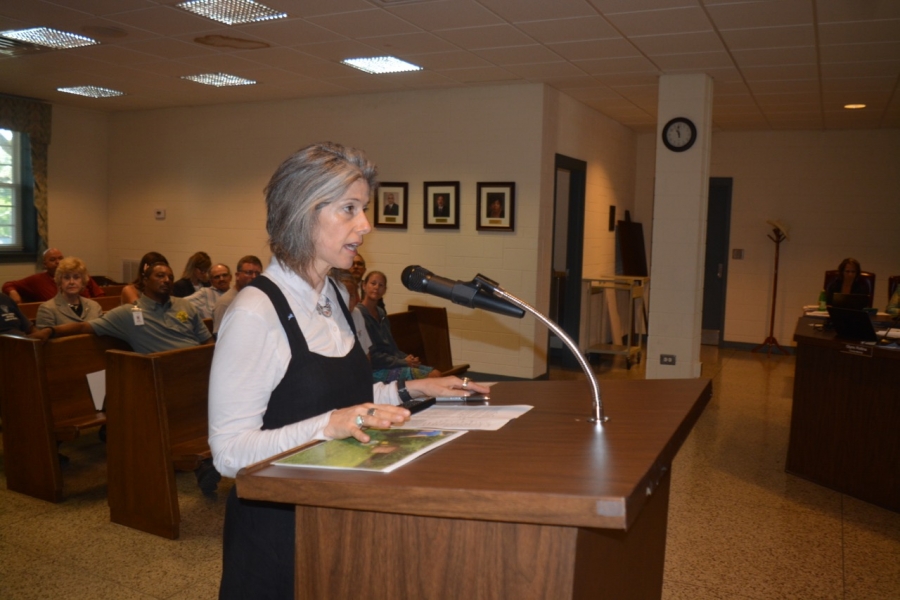 A split vote today ended a proposal of enacting a countywide ordinance which would ban the tethering of dogs.

As the 3-3 deadlock between Halifax County commissioners ended the chance of putting new laws on the books, it also ended the opportunity for animal control to get an additional enforcement officer through a grant offered by People for the Ethical Treatment of Animals.

The awarding of the grant was contingent on the passing of the proposed ordinance banning tethering, County Attorney Glynn Rollins said.

PETA Senior Vice President Daphna Nachminovitch said rejection of the ordinance by commissioners today would not compromise other field work the organization does in the county such as providing straw and dog houses.

Commissioner Marcelle Smith, Rives Manning and Patrick Qualls voted against the proposed ordinance. Chairman Vernon Bryant and commissioners Carolyn Johnson and Linda Brewer voted in favor of the new regulations, which would have mirrored tethering ordinances in place in Enfield, Roanoke Rapids, Scotland Neck and Weldon.

Manning said he is for the humane treatment of animals and appreciates the work PETA does in the county. He said, however, “I don’t want money from PETA coming in for the county.”

According to a memo from county Health Director Bruce Robistow contained in today’s agenda packet, PETA requested the county consider certain amendments to ordinances regarding the care and treatment of animals, particularly with regard to the tethering and confinement of dogs. “In addition, PETA has offered to make a grant to the county to defray the cost of hiring an additional animal control officer to enforce the amended ordinance, as well as certain expenses related to that position,” Robistow wrote.

The grant was for a two-year period. Under terms of the grant PETA would have given the county $122,280 over two years. The first installment, according to a copy of the contract, would have been for $75,610 and then one for $46,670.

The position, the contract stated, would be an enforcement officer specifically tasked with enforcing existing county animal welfare ordinances and regulations proposed in the failed ordinance which covered the ban of tethering, setting standard for pens — 10-feet by 10-feet for one dog and 50 additional square feet for each additional dog.

Smith said while he supports the humane treatment of all animals he had concerns of what the costs would be to residents of the county when they began building pens had the ordinance passed. He also said the county already has laws on the books addressing animal cruelty.

Qualls said, “Passing more laws doesn’t make up for not enforcing the ones you have.”

Referring to photos which passed which showed the affects tethering has on chained animals, Qualls said, “In every case of every picture shown to me we already have laws addressing this.”

Bryant said afterward: “I’m disappointed in the three-three vote. I was hoping it would pass. As a county we need to do a better job in taking care of our animals. As a commissioner and as chair I respect the decision that has been made by the board and will move forth with that.”

In  a statement released this afternoon, Nachminovitch expressed disappointment with the vote. “Like all the many groups and residents who came out in overwhelming support of the proposed animal welfare ordinance this morning, PETA is disappointed that the commissioners passed on the opportunity to advance animal welfare in Halifax County at no cost to taxpayers.

“The ordinance had the support of Rainbow Animal Rescue, the Halifax County Health Department, Halifax County Animal Control, and every compassionate area resident.”

Said Nachminovitch in the statement: “This vote condemned countless dogs to remaining tethered day in and day out, with no exercise, companionship, or respect. PETA's Community Animal Project will continue to assist Halifax County residents and their animals. We would like to remind commissioners and all dog owners that for man's best friend a life on a chain is no life at all. Dogs who are chained 24/7 are forced to eat, sleep, urinate, and defecate all on one small patch of land and deprived of everything that is natural and important to them. Please remember that your dog depends on you.”

More in this category: « Oinktoberfest to help charitable causes Theater grand opening to feature Charlie Daniels Band, salute to veterans »
back to top