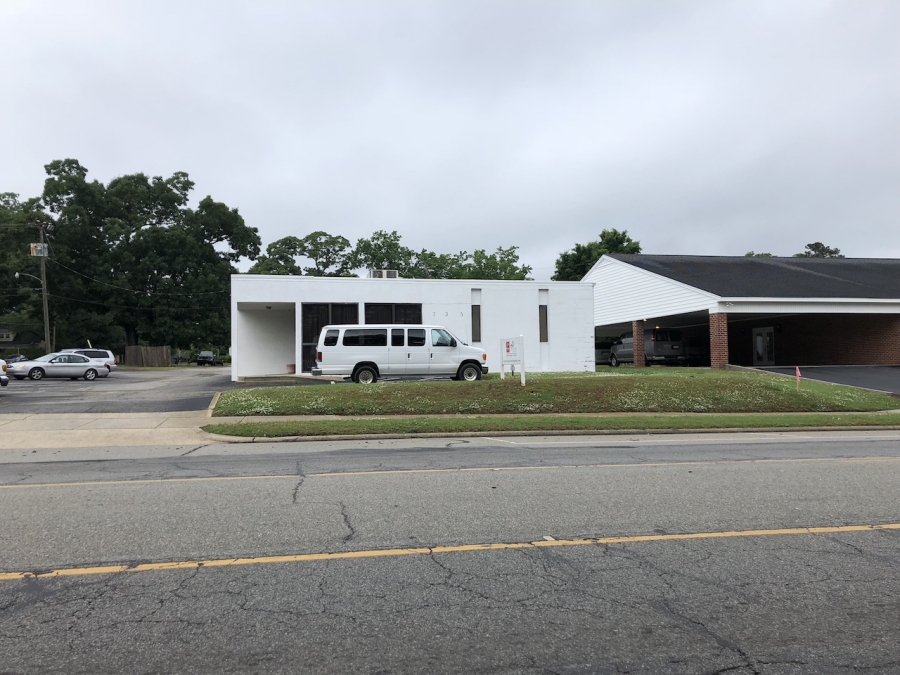 Despite drawing criticism from residents and some businesses in the immediate area, a Dollar General store proposed for the corner of Roanoke Avenue and Eighth Street does not have to gain a recommendation for approval from the planning board or an OK from city council to be built.

The B-1 zoning allows for a variety of uses including a store such as Dollar General.

Roanoke Rapids Planning and Development Director Kelly Lasky said Wednesday, a day after several residents spoke on the matter during a city council meeting, the site design team working in conjunction with Dollar General is in a due diligence process and has not submitted formal site plans.

“It’s very preliminary,” she said in her report to city council Tuesday night.

Earlier in the meeting several residents during a public comment section stated their objections.

While the planning director has not sat down with Dollar General officials, she has met with two representatives from Summit Design and Engineering Services.

It is common when dealing with a nationally recognized chain for the city to not have direct communications with the company itself, but to deal specifically with the project engineer or architects, she said.

During that meeting the representatives said they were amenable to a store with a brick facade, much like the one recently opened in Halifax, instead of a metal building.

In Halifax that was done to address concerns about the store blending in more with the community.

The proposed location of the Roanoke Avenue Dollar General is also within the city’s historic district, which was created in the 1990s, Lasky said.

The city doesn’t have any specific criteria for its historic district other than policies discussed in its comprehensive land use plan.

Lasky said the factors the city would require for review before the store is built would be landscaping, lighting, on-street parking spaces, pedestrian infrastructure improvements at Eighth and Jackson streets and Eighth and Roanoke Avenue.

Some of the matters Lasky said she discussed with the design team include accessible street crossings  and sidewalks and crosswalk striping. She said she will be conducting follow-up discussions with the state Department of Transportation.

Lasky said it would take a least 30 days for the design team to come back with a complete site plan submittal. “We asked questions about landscaping, screening, what we would like to see and where. For example there is no driveway access shown on Eighth Street. We’d want landscaping vegetation to soften the appearance between the adjacent residences and parking lot.”

She reiterated Wednesday the plans don’t have to go before the planning board or city council. Because the use is allowed in the B-1 district it would undergo administrative review by staff.

Because of the high interest in the project, Lasky said it is her intent to have a weekly update on the project by noon every Wednesday.

Asked whether there was any recourse for opponents to the proposal, Lasky said, “The land use ordinance provides for an appeal process through the board of adjustments and that’s by filing an application within 30 days of the final decision in the form of a site plan approval letter which basically serves as a zoning permit.”

That process, however, is a quasi-judicial hearing before the board  and the arguments must be based on factual evidence where it must be proven that the approval was incorrectly made.

Public comments registered at city council Tuesday were unanimously against the proposal. “We don’t want this to be in our neighborhood when we have so many more buildings in the city,” Tony Martin, who lives on Jackson Street, said.

Mike Askew, of Askew Funeral & Cremation Service, said Thursday he be at his location 20 years in December.

He said he looked at four or five different sites before deciding to build between the post office and what was the Social Security building. “I’ve been fortunate and blessed that people have allowed me to come in at one of the worst times in their life to help them memorialize their loved ones. It’s just an honor to help them do that.”
Askew said he began hearing about the proposal almost 30 days ago.

One of Askew’s concerns is the noise he believes will be created. “I carefully designed the building to where chapel was in the back. I needed it to be a quiet area.”

Askew said he believes the store if built will generate more noise from traffic coming in and out. He says he already hears loud music coming from cars at the post office.

He is also concerned about foot traffic. “It’s just not for me, it’s the community. When you leave the high school, Eighth Street is the foot traffic for the mill village.”

He said he believes the school system should jump on the bandwagon in opposition to the project.

Askew said there are other locations more suited for Dollar General. There is the old Be-Lo building and then there is the old Maxway across from city hall. “Maxway is already set up with a parking lot behind it.”

He said he is currently making contacts and organizing. “I’m sending calls out to people who might try to help. I have talked with legal counsel. I have not hired legal counsel.”

Askew said he is for new business in the city. “I’m at the front line, but bringing a business that’s going to be a detriment to another business, I’m not for that.”

Wayne Keeter at the Tuesday council meeting said he believes the store will likely increase foot traffic and is concerned about the safety of school children. He said he believes there would be the chance of increased vandalism from people walking through the high school campus at night to get to the store as well as increased littering. “We appreciate your help making sure this doesn’t happen.”

He said if council is powerless to do anything about it then “maybe we don’t need a council.”

Sharon Driscoll told council, “I just don’t want to see something like this.”

During the Tuesday meeting, Councilwoman Suetta Scarbrough asked Lasky during her report whether this was a “done deal already. Obviously, the residents are very opposed to it.”

Said Lasky: “It’s just getting started. No formal application has been provided to the city. The site designers have a timeline. We’ve not communicated directly with Dollar General. It’s the beginning of a very lengthy process.”

Scarbrough said Thursday, “I have empathy for the neighbors who live in the vicinity from where this store is proposed to be located.”

Councilman Wayne Smith said Thursday, “I’m not crazy about them building a Dollar General,” at that location.

He said, however, “If it doesn’t come before council I don’t know what council could do about it. Our hands are kind of tied on stuff like that. I know the attorney would have to look into anything that could be done.”

One of Smith’s big concerns is traffic coming and going from the high school. “There are safety issues. I would hate to see one of kids get hurt.”

Since the matter does not have to go before council or the planning board, Smith said he believes the state should require turning lanes and there should be crossing lanes and crossing lights “so there would be some safety.”

Said Mayor Emery Doughtie: “I would like for everybody involved, from the residents, the businesses and planning and zoning to look at any and all opportunities or results that could happen in our community. It seems if a prospective developer wants to put a store there then more communication would be needed to inform residents.”