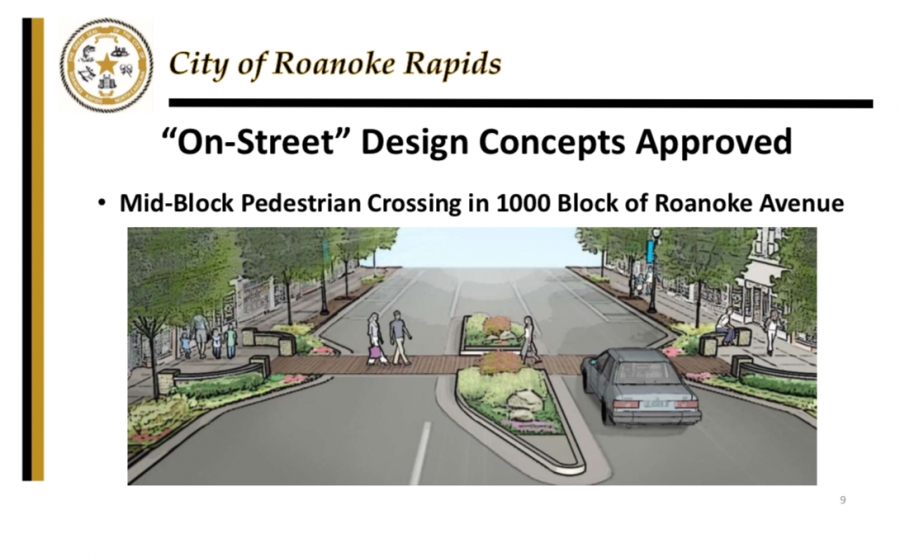 Resurfacing of Roanoke Avenue will also pave the way for several streetscape projects Main Street Roanoke Rapids has sought to implement in which the focus will be to enhance public safety.

To aid in making those improvements a reality, city council appropriated $50,000 Tuesday night which will serve as matching funds to state Department of Transportation funds.

Main Street Development Director Christina Caudle said this morning DOT offered to give the city an additional $50,000 if council provided the match.

As it stands now, the $100,000 will cover the top five projects Main Street wants to see implemented during the resurfacing project. While the work is slated to be completed by fall of 2019, a start date has not yet been announced by DOT.

The top five Main Street projects culled from a list of 18 are as follows:

The mid block crosswalk in the 1000 block will align with the 1026 urban greenspace project, which is nearing the final stages of completion.

“We want to figure out a way to stretch the money further,” Caudle said this morning. “We will continue to seek out other funding opportunities.”

Combined, the 18 priorities represent $595,000 in improvements, which Caudle said is a very rough preliminary estimate and the reason why Main Street is initially emphasizing the first five.

“We need the avenue repaired,” Mayor Emery Doughtie said during council’s meeting. “It’s been cut so many times for utility repairs.”

Caudle said, however, “We’re trying to stretch the $100,000 as far as we can to initiate those safety needs.”

Caudle said this morning Main Street will be looking at federal, state and private funding as a way to implement the remaining priorities. “Main Street and the city will be exploring different material sources that potentially will be more cost effective to implement these crosswalks at more intersections.”

The resurfacing project, in which the contract was awarded to Rose Brothers Paving in March, will see the avenue paved from Highway 158 in South Rosemary to the Northampton County line.

The resolution which council unanimously approved Tuesday notes, “The Department of Transportation Highway Division 4 has reviewed and supports the implementation of several Roanoke Avenue streetscape improvements including, but not limited to high visibility and/or enhanced pedestrian crosswalks at intersections and a mid block pedestrian crossing in the 1000 block of Roanoke Avenue.”

In other matters Tuesday council: 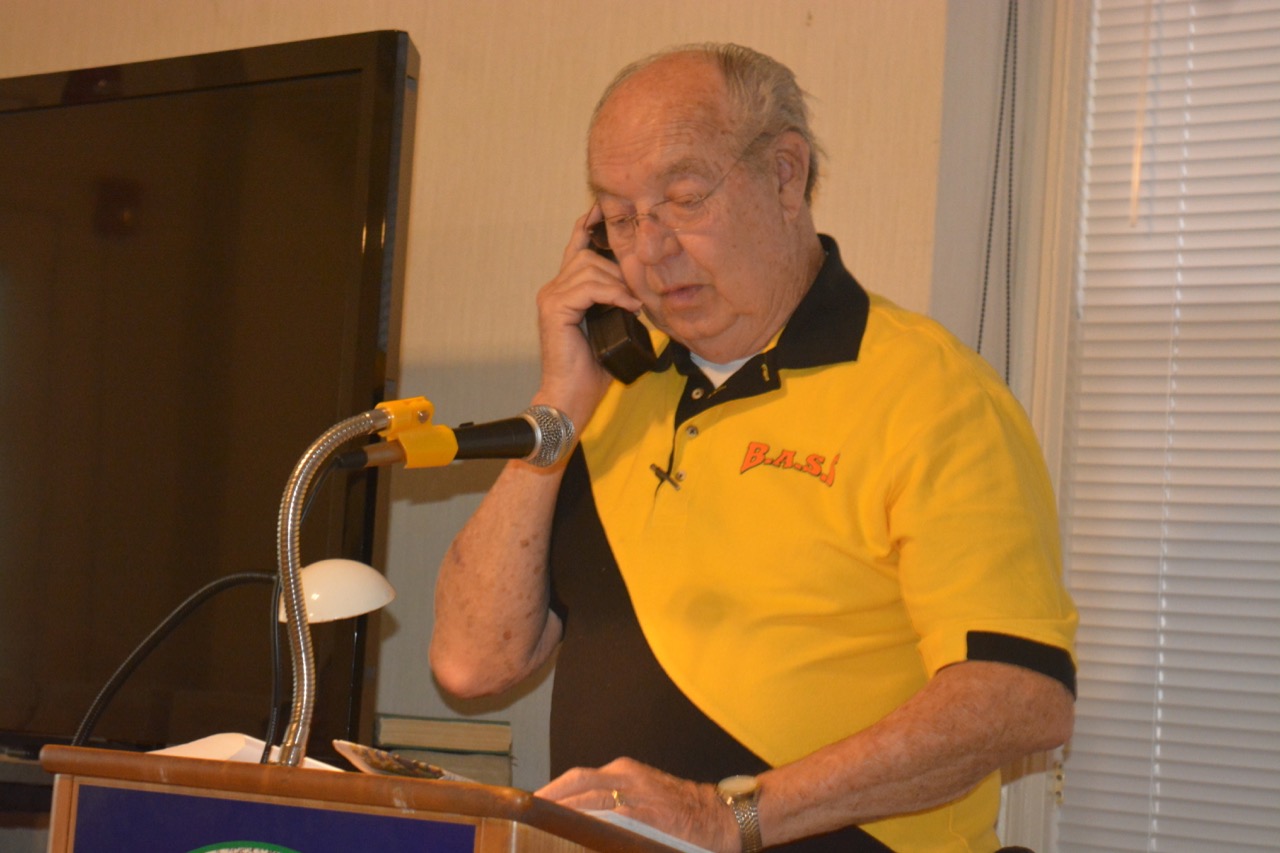 Approved a proclamation in recognition of National Police Week May 14 through 18.

Chief Chuck Hasty said there will be a commemoration service May 17 at Centennial Park at 6 p.m. which will recognize all fallen law enforcement officers in Halifax County.

The following day — May 18 — there will be a service sponsored by Lodge 47 of the Fraternal Order of Police at the Northampton County Courthouse in Jackson. That service is scheduled for 10 a.m.

Approved a request to rezone a .713-acre parcel of undeveloped land on Chockoyotte Street at the intersection of Fourth Avenue.

The rezoning changes the parcel’s classification from B-4 commercial to R-6 residential.

The applicant is Travis Whitby, who wants to build up to three single family houses on the land which is currently owned by Vernon T. Bradley Living Trust.

Read 3136 times Last modified on Wednesday, 02 May 2018 19:36
Tweet
Published in News from Roanoke Rapids, Weldon and Halifax County
Tagged under