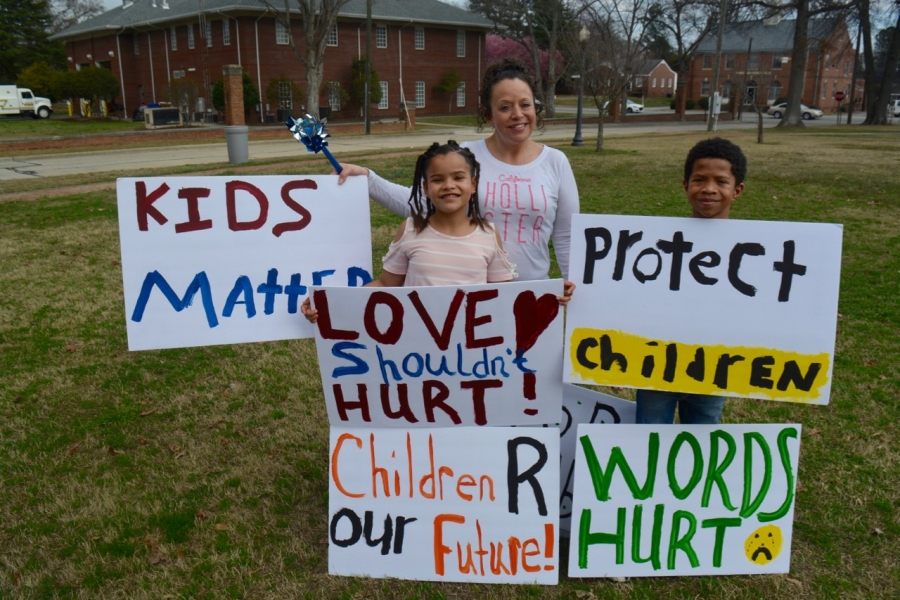 Elijah, his sister, Trinity, and his mother, Jessica, hold signs and pinwheels which will be part of the march. rrspin.com

And to demonstrate it he’s holding a march this Saturday to raise awareness of child abuse.

It’s a calling the 10-year-old Gaston College Preparatory student has had since a fellow student confided in him three years ago she was physically abused. “I got upset she was abused.”

Initially, he thought there was nothing he could do about it. The more he learned, however, the more he believed there were ways to raise awareness. “It bothered me,” he said this past weekend at Centennial Park, where the march will be held. “She was a great student, she made all A’s. She was abused simply because one of her parents got mad. It’s sad to me children can’t stand up and say it wasn’t right. We have a right to stand up for each other. When one kid falls, all kids fall. When one part of society falls, all society falls.”

As he deliberated how to stand up for the issue he decided on the march, which will be held from 1 p.m. to 2 p.m. at the park off Roanoke Avenue beside Fire Station 1.

“He definitely has a calling and a passion to fight injustice,” his mother, Jessica, said. “When he sees things aren’t right, he tries to change them.”

As a fourth-grader, her son is already adept at public speaking. Every fifth Sunday at their Holy City Church in Emporia, he preaches, she said. 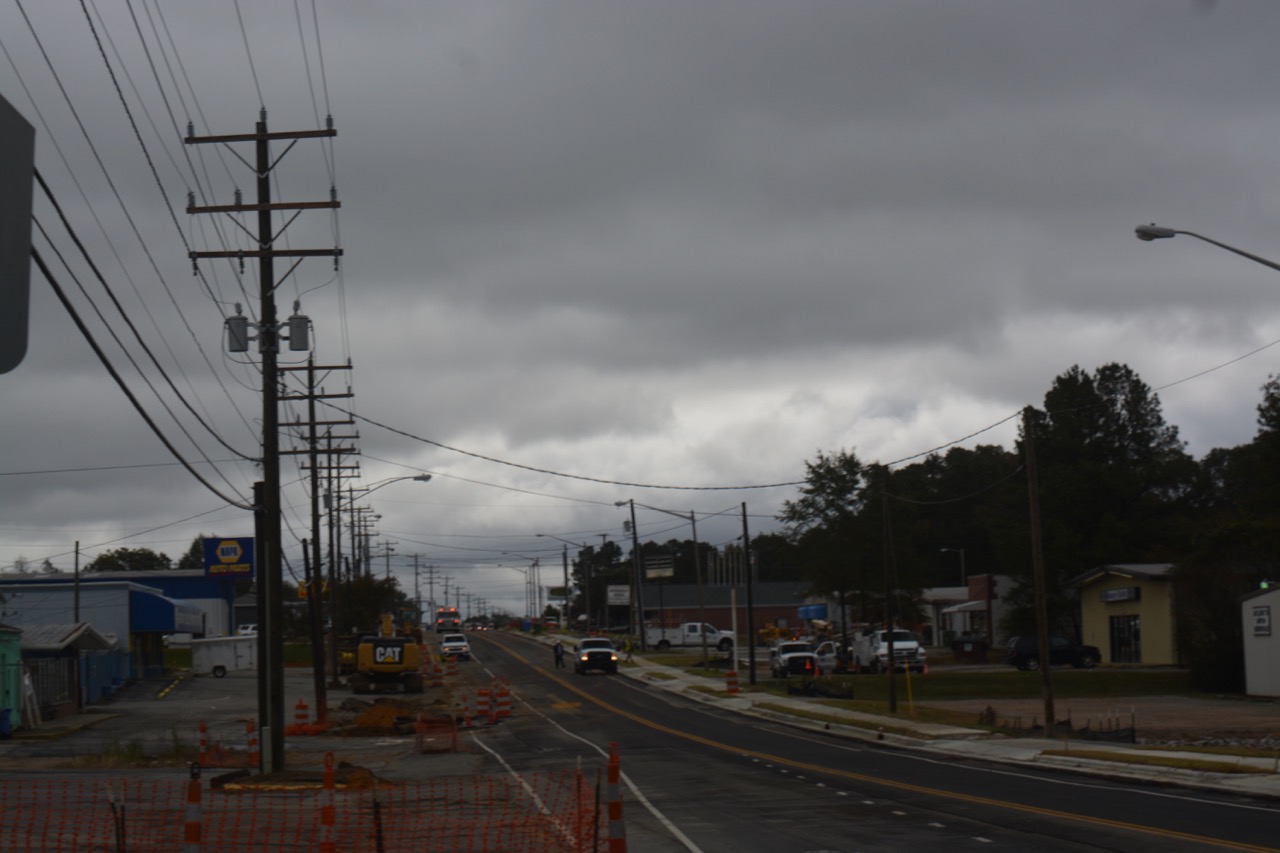 Elijah holds one of the signs for the upcoming march.

His mother saw the opportunity for him to learn a process by planning the march himself. “It’s great to have passion,” she said, but it was also important for him to follow through on the planning.

Elijah’s father, Marvin Lee Sr., died when the boy was 3. Jessica says, however, losing his father early is something he is aware of but doesn’t use an excuse. “Some men grow up fatherless and use it as an excuse to not be successful, but Elijah has only grown strength from this experience.”

Elijah followed through and did the planning himself, going to the police department to apply for the permit to hold the march and raising the money necessary to rent the park.

“This young man has seen a problem that he wanted to raise awareness of,” Roanoke Rapids police Chief Chuck Hasty said. “He wanted to know what the process was and we explained to him the proper steps to take. He’s learning the process of how he can effect change in his community and bring awareness to a social issue.”

Said Elijah, the city helped him through the process. “They helped me very much. People like Chief Hasty have been very welcoming to me even though i’m a kid.”

Through the process he has had help and support from his school.

That’s something his mother wants him to understand and appreciate. “I’m proud he’s using his voice to do something positive. I want him to remain humble and understand he has a lot of support in this. I’m proud of him and thankful for his boldness. For him to do the right thing pleases me.”

Elijah is aware of the support, especially at his school. “I don’t think I could have done it if I weren’t at a school that didn’t support me.”

The role models he looks up to are endowed either with a gift of social justice — Malcolm X, Martin Luther King Jr. and Sarah Keys — or the gift of intellect like Albert Einstein.

The march will go around Centennial Park, starting at the Sam Patterson statue and will be held in two segments. Elijah will speak. Also scheduled to speak is Cymie Rawlins, who not only plays an active role in the school but is in the guardian ad litem program.

Posters have been made and blue pinwheels representing child abuse awareness will be placed around the park, Elijah said.

Elijah hopes to see the march become a yearly event. “I want to see a bunch of kids there,” he said. “Child abuse is an important issue because children are our future.”