First day on the job: Tony sniffs out trafficking amount of coke 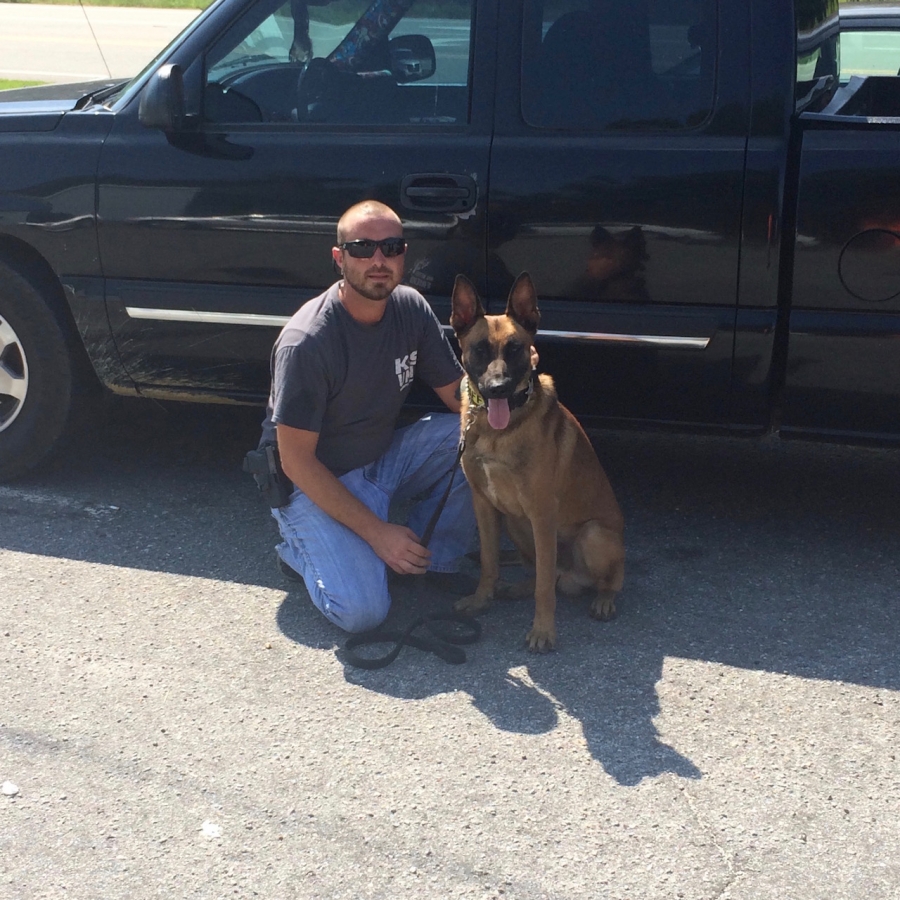 It was a discovery which led to the arrest of a man this afternoon who already has pending drug charges.

Captain A.M. Harris said in a statement Agent D.R. Radford and Tony had been released four hours earlier from training and certification when the cocaine was seized. The pair received received their training through Ventosa Kennel in Scotland Neck.

The arrest of Marc Anthony Solomon-Cartagena, 27, occurred after task force agents and investigators with the Halifax County Sheriff’s Office delivered a search warrant for a vehicle on the parking lot of the state Probation and Parole Office.

The search warrant was based on information provided by officers of the Halifax County Detention Center. Harris this evening declined comment on what the information entailed.

During the search of the truck after Tony made a positive alert, the cocaine, three digital scales and plastic bags were seized.

Solomon-Cartagena had been confined to the detention center because of a probation matter.

Solomon-Cartagena, according to state court records, has a November 27 court date on charges lodged against him last year following a raid on Rightmyer Drive.

In April of 2015, Solomon-Cartagena received a suspended sentence for possession with intent to sell and deliver cocaine. He had been charged that March, according to state Department of Public Safety records.

Halifax County Sheriff Wes Tripp said he was pleased with Tony’s performance today. “It’s a great testimony of the good job that’s done at Ventosa. I’m proud of our canine squad and the personnel at Ventosa are always helpful in continuing training.”

Tony is the fifth canine member within the sheriff’s office.