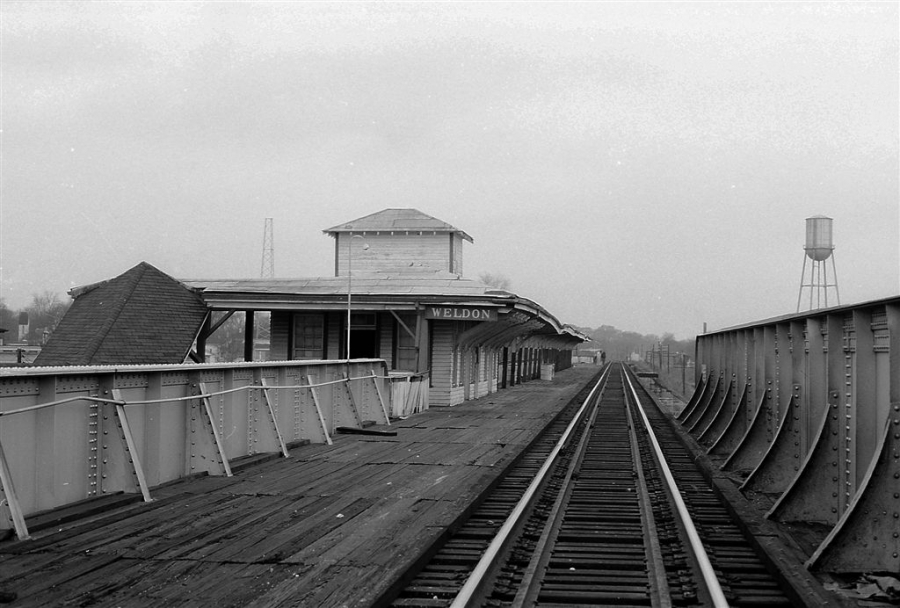 An effort is underway to rekindle Weldon’s longstanding railroad history with a push to bring an Amtrak depot to the town.

The matter has been under discussion since October, said Halifax County Economic Development Director Cathy Scott in an interview Thursday.
The effort could be helped by rail improvements from the construction of the CSX Intermodal facility in Rocky Mount, she said.
“The North Carolina Department of Transportation has given us a path to follow. They believe it’s feasible, they believe it’s important to Northeastern North Carolina. The timing is right,” she said.

In a January report compiled by the development commission, Halifax County Convention and Visitors Bureau and the town of Weldon, the case is made, “Weldon is already a transportation crossroads. With Roanoke Rapids and the remainder of Halifax County, it lies within the major East Coast north-south transportation corridor comprising Interstate 95 and US 301 highways and the main A line of the CSX transportation railroad. The county is also crossed by the 350-mile east-west corridor connecting Coastal North Carolina counties with Piedmont counties and metropolitan areas.”
Amtrak service in Weldon would reduce access distance times “to the point that the train would be a more viable opportunity for both residents of, and visitors to the region,” the report says.
The report also notes the closest two Amtrak stations to Halifax County are Rocky Mount and Petersburg. “The rail distance between these two stations is 98 miles which is considerable greater than the average distance of 22 miles between station pairs in North Carolina that are served by the Carolinian. It is little wonder that passenger train service is not considered a convenient travel option for residents of Northeastern North Carolina.”
The report notes passenger travel from an Amtrak depot in Weldon could reach beyond the Roanoke Valley, generating passengers from Warren, Northampton and possibly Hertford counties.
A Weldon depot, the report notes, would significantly cut down on area driving distances instead of further distances linked to going to either the Petersburg or Rocky Mount terminals. “Since the CSX main A line is a major funnel for Atlantic Coast Amtrak trains, the four northbound trains provide travel opportunities to metropolitan areas in Virginia and Washington, D.C.; Maryland, Delaware; Pennsylvania; New Jersey and New York. Southbound train destinations are ultimately Florida and of the other two, the Carolinian terminates in Charlotte and the Palmetto terminates in Savannah.”

Photos of the depot in its heyday

In the beginning stages of the deliberation is the question of the depot itself and the answer most likely points to the old depot currently being used as the Weldon Public Library, the report says. “What complicates reconstruction to its former two-level condition is the expense of renovating the lower level and constructing the track-level platform and elevators.”
Scott said DOT is 99 percent behind the project.
There is, however, a ranking process and if the project ranks well then there is preliminary engineering and funding development. There are federal dollars which historically cover these costs. There is always a local match required. “DOT will develop the cost estimates for the project and work with CSX and Amtrak to clear any hurdles that need to be cleared.”

Lori Medlin, president and CEO of the HCVB said the organization “is delighted to be a partner in bringing Amtrak to Weldon. We have been working with the county of Halifax and the town of Weldon on this for many years. This last effort has really been productive. With North Carolina DOT onboard and CSX’s increased traffic heading towards the new intermodal facility I think we are on the right track.”
Medlin said, “Fifty percent of Amtrak riders are tourists and we are excited to have many of them visit our area. Amtrak tourists in North Carolina spent over $2 million dollars last year and we want to see some of those dollars in Halifax County.”
Bringing the Historic Weldon Depot back online, she said, “Will be great for train buffs and we are also excited about the new business opportunities this will bring. There will be a need for transportation services to and from the station and riders always want a coffee or a snack for the trip.”

In a statement sent to local media, Weldon Mayor Julia Meacham said, “To have a passenger train service available in Historic Weldon again is wonderful news to everyone living in Halifax County and Northampton County. It is a great opportunity for the town of Weldon to revisit and promote the rich railroad history that put Weldon on the map in the early 1800’s.
“The Wilmington & Weldon Railroad, which at the time of its completion in 1841, was the longest railroad in the world.”
Union Station was constructed in 1912 and Meacham said Weldon holds a unique position in Southeastern railroading history being one of the first railroad hubs in the United States.
The mayor said Weldon has a unique place in railroad history that which supports the town joining Amtrak’s national network. “It would be a Northeast region Amtrak station. Carolinian and Palmetto passengers can travel to and from New York to Charlotte and Savannah; stopping off at Raleigh, Greensboro, Wilson, Selma and towns and cities in between.” An Amtrak station, she said, would help Historic Weldon promote its “rich history through tourism and stimulate economic development for Weldon and Halifax County.”
The town promotes the Canal Trail and Aqueduct, its Historic Downtown, the Corn Mill, Riverside Mill, the Confederate Cemetery, the railroad trestles and its designation as Rockfish Capital of the World. “Tourism is an important, vital source of income from people traveling I-95, U.S. 158 and U.S 301. The Northeast Region Amtrak Station in Historic Weldon will be another means of attracting tourists to come and visit Historic Weldon and other historic towns and cities in Halifax County.
“Attracting new businesses to locate in Historic Weldon is another important reason the Northeast Region Amtrak Station will boost economic development, strengthening Weldon’s communities by creating and retaining jobs.”
Halifax County Board of Commissioners Chairman Vernon Bryant said, “The Halifax County Board of Commissioners have adopted a resolution in support of Amtrak. We see it as a win-win not just for Weldon but Halifax County, Northeastern North Carolina and Southside Virginia. DOT officials as just as excited as we are. This will be a great opportunity for a great economic boost for Weldon, Halifax County and Northeastern North Carolina.”